‘Super Thick Kerned Yogurt’ is naturally high in protein and low in sugar and fat thanks to it being strained up to nine times, creating the thickest and creamiest yogurt yet in the Yeo Valley range.

The Art of Kerning

Kerned is a local Somerset word for ‘thickened.’ Yeo Valley re-visited this old way of creating super thick and creamy yogurt to create the new Super Thick Kerned Yogurt. The process starts by heating up organic milk and adding a few spoonful’s of live bacteria. Then they let it sit for a bit to allow the live cultures to grow. Next, they kern it – using a super fine sieve to strain off the whey, and then they do it again, and again, up to nine times. This results in a wonderfully thick and delicious yogurt. The process even boosts the protein and lowers the natural sugar.

Everyone knows that Yeo Valley is proud to be rooted in Somerset with its own herd of British Friesian cows. Now consumer’s will also get a taste of the Somerset dialect, with the introduction of the word ‘kerned,’ into our vocabulary and shopping habits.

As well as offering guilt free indulgence for consumers Yeo Valley’s ‘Super Thick Kerned Yogurt’ introduces their first ever pot made from 100% recycled and recyclable plastic and card. Using a combination of plastic pot and cardboard sleeve allows Britain’s largest organic brand to reduce their plastic usage even further.

Yeo Valley ‘Super Thick Kerned Yogurt’ will be rolling out nationally over the next two months beginning with Morrison’s this week. The MMRP is 450g at £2.75 and 850g at £3.75. 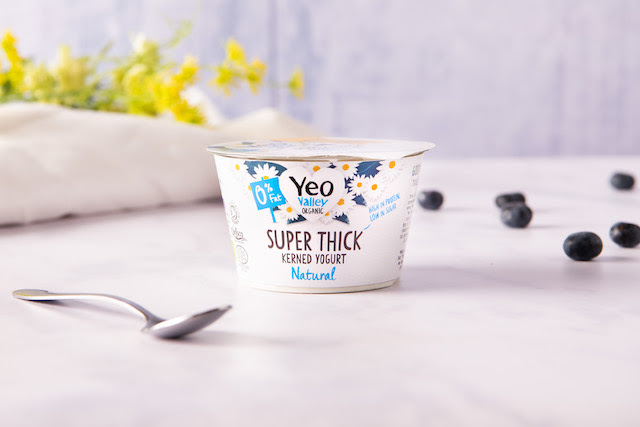